The Frederick A. Howes Scholar in Computational Science award was established in remembrance of the late Frederick Anthony Howes who managed the Department of Energy's Applied Mathematical Sciences Program during the 1990s. Dr. Howes was highly respected and admired for his energy, dedication and personal integrity.

To honor Dr. Howes' memory and his commitment to the DOE CSGF program, one or two alumni are chosen each calendar year as a Howes Scholar. This award is bestowed upon a recent graduate of the DOE CSGF program who has shown outstanding leadership, character and technical achievement in the field of computational science. It includes a substantial cash award, a crystal paperweight and the distinction of being named a Howes Scholar.

The award is formally conferred at the fellowship's annual program review held in Washington, D.C. each summer where winners have the opportunity to detail their research as a featured presenter.

A DOE CSGF fellow is eligible to be named the Howes Scholar if he or she has completed all the requirements for his or her Ph.D. between January 1 and December 31 of the nomination year. He or she must have done this either while being supported by the DOE CSGF program or having previously been supported by the fellowship for the maximum number of allowed years. Nominations are accepted in the fall of each year and awards are announced the following spring. 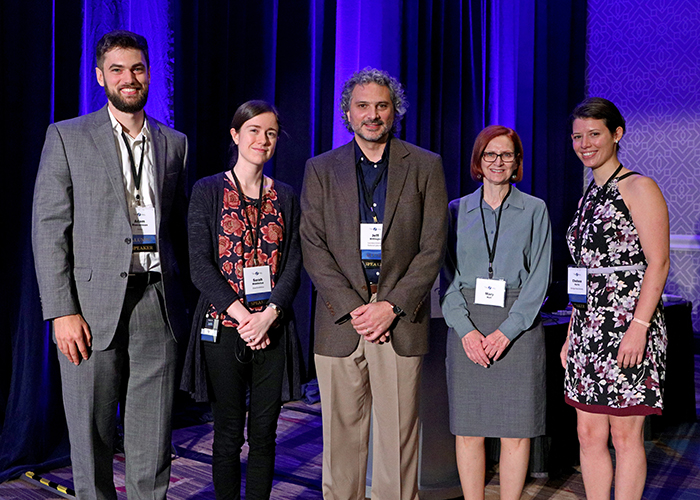 Nominators are solicited for all eligible fellows and alumni and are encouraged to submit their letter of support for a particular individual. It is important that the letter signify the nominee’s leadership and character as well as his or her technical achievements, as equal weight will be placed on all components when reviewing the nomination. Nominations must be accompanied by the names and contact information of at least two other people familiar with the candidate's accomplishments. The Krell Institute will then contact those individuals to request a letter of recommendation. Supporting material should be sent to the Krell Institute in care of the Howes Scholar Nomination.

Since the award's inception in 2001, the following members of the DOE CSGF community have been recognized as Howes Scholars:

Contributing to the Award Fund

The award was developed and funded through individual donations with the goal of creating a permanent endowment to generate a cash award and commemorative piece for each Howes recipient. The fellowship program is managed by the Krell Institute, a non-profit organization, and donations to the Howes Scholar Fund are fully tax-deductible. Those wishing to contribute to the award are asked to direct checks – made payable to “The Frederick Anthony Howes Scholar Fund” – to the Krell Institute.

Please contact a member of the Krell staff for more information regarding this award.