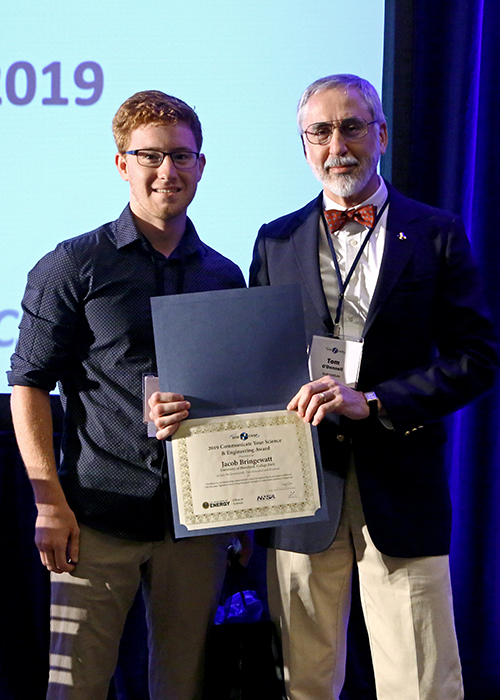 The Communicate Your Science & Engineering (CYSE) Contest accepts essay entries that explain scientific work with a broad, non-technical audience in mind. The competition’s goal is to convey information, excitement and enthusiasm about computational science and engineering. It’s open only to DOE CSGF fellows and alumni who have not previously won an essay or CYSE contest.

The winner receives a cash prize and gift bag. All entrants receive a small gift. The winner also works with a science writer to edit and prepare their essay for publication in an upcoming issue of DEIXIS, the DOE CSGF annual journal.

Each link below will direct you to the corresponding year's winning entry or entries. With the exception of 2013, all will open in PDF format.

The DOE CSGF launched its annual Essay Contest in 2005 with winning entries published in Compose from 2005 to 2008, and in DEIXIS starting in 2009. It was renamed in 2013 as the contest expanded to include multimedia entries (thus Milo Lin's winning video that year); however, subsequent entries focused on the written word, necessitating a return to an essay-centric competition.