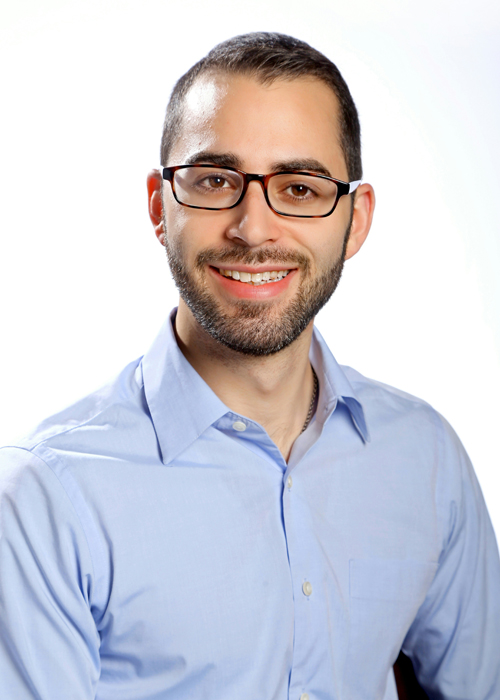 A Northwestern University postdoctoral researcher who seeks new material compounds with possible uses in energy production and improved batteries is the 2017 Frederick A. Howes Scholar in Computational Science.

Eric Isaacs will receive his award in July at the Department of Energy Computational Science Graduate Fellowship (DOE CSGF) Annual Program Review in Arlington, Virginia. One or two recent DOE CSGF graduates are chosen for the award each year in recognition of their research accomplishments and outstanding leadership, integrity and character.

Howes, manager of the DOE Applied Mathematical Sciences Program, was an advocate for the fellowship and for computational science. Friends founded the award after his death in 1999 at age 51. A committee of DOE CSGF alumni and friends selects the honorees. The Krell Institute of Ames, Iowa manages the fellowship and oversees the Howes Award.

Isaacs, a DOE CSGF recipient from 2012-2016, earned his doctorate in applied physics from Columbia University. He’s part of a research group overseen by Materials Science and Engineering Professor Chris Wolverton at Northwestern, where Isaacs seeks new, efficient thermoelectric materials – ones that convert heat directly into electricity. Isaacs uses data mining and machine-learning tools to search a database of compounds with their computationally calculated atomic structures, chemistries and electronic properties. The best candidates undergo extensive computer modeling and are synthesized by researchers collaborating with Wolverton’s group.

At Columbia, Isaacs worked with Chris Marianetti, associate professor of materials science and engineering, to combine two mathematical methods for electronic structure calculations of oxide materials used in rechargeable batteries. In what may be a first, Isaacs used the tandem methods to compute the total electronic structure energy in complex oxides. The researchers were able to derive values for the materials’ capacity to maintain structure, their battery voltage and other properties.

While at Columbia, Isaacs participated in the Joint U.S.-Africa Materials Initiative, which fosters materials science research and collaboration. In 2013, he and other American scientists spent two weeks with East African scientists in Ethiopia, discussing materials science with an emphasis on renewable energy production. Isaacs still corresponds with many of the African researchers he met.

At Northwestern, Isaacs worked with a Chicago-area high school freshman as part of Northwestern’s Mentorship Opportunities for Research Engagement (MORE) program. He helped the student explore piezoelectric materials, which produce electricity when deformed or strained.

Isaacs grew up near Cleveland but attended high school in the Los Angeles area. He earned a bachelor’s degree in physics from the University of California, Berkeley, in 2010. At the program review, he will lecture on his research and receive an honorarium and engraved award. Isaacs also will be featured in an article in the 2017 issue of DEIXIS, the DOE CSGF Annual, to be released at the meeting.