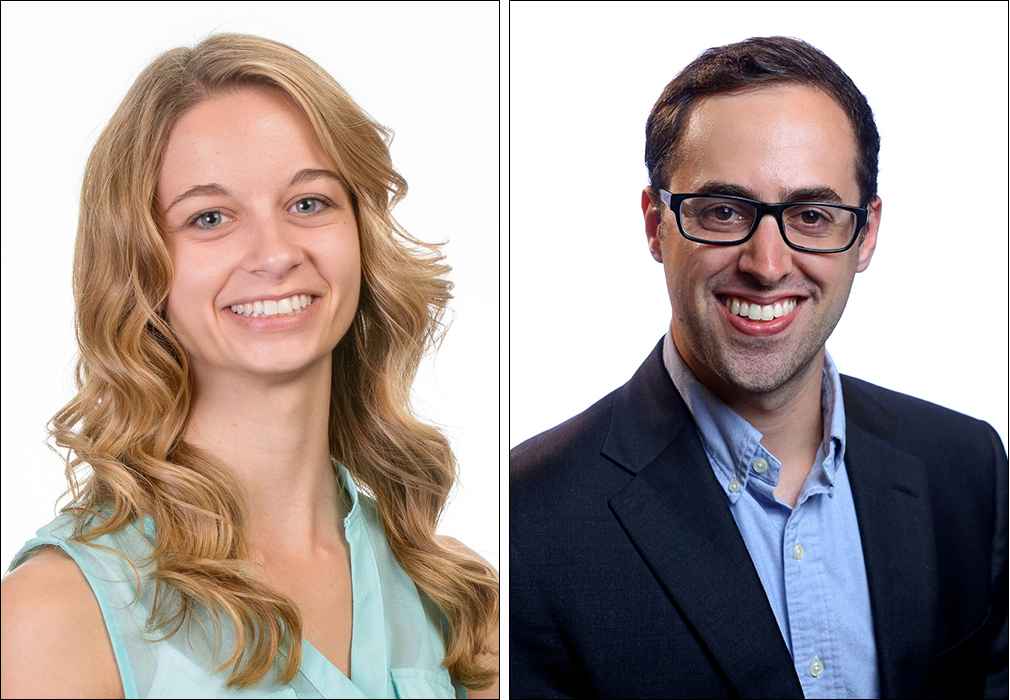 A process engineer and a fusion scientist, both of whom apply numerical modeling to address energy challenges, will share the 2022 Frederick A. Howes Scholar in Computational Science award.

A committee of alumni and friends of the Department of Energy Computational Science Graduate Fellowship (DOE CSGF) chose Morgan Kelley and Noah Mandell for the honor. The Howes Award goes to one or two recent fellowship alumni each year in recognition of their research accomplishments and outstanding leadership, integrity and character.

Howes, manager of the DOE Applied Mathematical Sciences Program, advocated for the fellowship and for computational science. Friends founded the award after his death in 1999 at age 51. The Krell Institute of Ames, Iowa, manages the fellowship and oversees the Howes Award.

The Howes scholars will each deliver a lecture and receive an honorarium and engraved award at the DOE CSGF Annual Program Review next month in Crystal City, Virginia.

Mandell, a 2015-2019 fellow, completed his plasma physics Ph.D. at Princeton University in 2021. He’s now a DOE Fusion Energy Sciences postdoctoral fellow at the Massachusetts Institute of Technology (MIT). The committee cited his “groundbreaking research which resulted in significant advances in plasma physics.”

Kelley, a 2017-2021 fellow, earned a process systems engineering Ph.D. from the University of Texas at Austin in 2021 and now is a data scientist at Dell Technologies. “Morgan made definitive contributions to multiple long-standing challenges across the renewable energy landscape,” the Howes judges wrote.

In her doctoral research, Kelley devised a mathematical model that lets industrial chemical companies optimize production when electricity rates are lowest. She developed her code on supercomputers at UT Austin’s Texas Advanced Computing Center and then reduced the optimization solver to run on a desktop machine in minutes, making it commercially viable.

In her last UT Austin project, Kelley applied her model to a year’s worth of operating data from Linde Plc, the world’s largest industrial gas company, developing a demand response regime that cuts electricity costs by nearly 10 percent.

At Dell, Kelley applies her process modeling skills to help the computer company forecast demand and optimize placement of new warehouses around the world.

In his doctoral work with the DOE Princeton Plasma Physics Laboratory (PPPL), Mandell created a computational simulation of plasma turbulence in the outer edge of a tokamak, a donut-shaped fusion reactor.

Mandell joined the Gkeyll code-development team and created the first kinetic plasma turbulence algorithm capable of modeling electromagnetic interactions between the plasma and the confining magnetic field in the outermost tokamak region, where the field lines intersect the walls. Mandell’s code enables the simulation and design of reactors with improved heat distribution.

Mandell already is sharing his love of plasma physics and scientific discovery with the next generation of researchers. As part of MIT’s Summer Research Program, which draws students from underrepresented groups, he mentored an undergraduate in fusion science. Earlier, in the PPPL Science Undergraduate Laboratory Internship program, he mentored an Oxford University student who’s now pursuing a physics Ph.D.

Kelley rose as a dynamic mentor and leader in her chemical engineering department, overcoming the onset of an autoimmune disease that left her unable to stand for more than a few minutes at a time. Kelley also organized and ran the department’s graduate Friday seminar series, providing an important growth opportunity for third-year students to present their research to first years. And she introduced middle-school students, many from disadvantaged backgrounds, to the joys of chemical engineering as part of the NSF-sponsored Raising Future Scientists program.