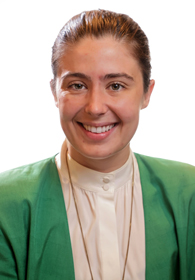 In planetary science, there are conflicting ideas about Venus's evolution from its formation to the present. In terms of composition, Venus should be Earth's closest analog; yet it lacks a key feature: plate tectonics, the Earth's main method of heat discharge. If not through tectonics, how do we explain evidence from impact craters that Venus has been completely resurfaced in the last billion years? Some researchers believe Venus regularly undergoes a catastrophic resurfacing event. Others believe circular features called coronae are evidence of thermal plumes, buoyant upwellings which resurface a localized area. Without a surface mission to Venus (too hot!), we investigate these theories through numerical simulations. My goal is to address this Ã¢â‚¬Å“plume-thermal dichotomy,Ã¢â‚¬Â by using 2D numerical models of a Venusian mantle using a geodynamic code called StagYY to investigate the relationship between lithosphere subduction and the formation of mantle plumes on Venus. I'm also very interested in learning more about the role that art, particularly performance art and other ephemeral arts, plays in engaging the public in scientific research.