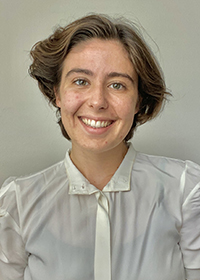 Although Venus has roughly the same composition, size, and distance from the Sun as the Earth, it has a unique topographic landscape of both Large Igneous Provinces (L.I.P.s) which are present on Earth, and coronea, fractured and circular regions of smaller volcanic upwellings, which are not1. Additionally, Venus has a single tectonic plate whereas Earth has a system of over 20, which form at mid-ocean ridges and elsewhere subduct (sink back into the mantle), part of the heat-releasing convective process that drives planetary evolution2. Research since the Magellan mission in the 1990s suggests Venus may have processes analogous to Earth-type subduction of its lithosphere3. Investigation into subduction on Venus may hold the key to explaining the volcanic dichotomy of regionally-close L.I.P.s and coronae formations4,6. Numerical models solving for the conservation of mass, momentum, and energy of a viscous fluid are run using the planetary-convection code StagYY5 on the NSF Expanse supercomputer. The domain of the model is a two-dimensional hemi-spherical annulus of a terrestrial planetary mantle. We initialize the mantle at potential temperatures of 1600 K, 1700 K, and 1800 K, and the model is heated from the bottom 100, 200, 300, and 400 K above the background mantle temperature. This sharp temperature gradient simulates the effect of a hot core heating a thermal boundary layer of fluid at the core-mantle boundary, from which mantle plumes, buoyant upwellings of silicate rock, form and ascend. Adding depth-dependent viscosity as well as disconnected, sinking slabs of cold, viscous lithosphere into the model’s mantle creates various regimes of mantle plume initiation, interaction, and suppression, reflecting a volcanic dichotomy that could play out on the planet’s surface6. Future work will investigate the role of thermochemical effects in the creation of regional, multi-scale volcanism on Venus7.