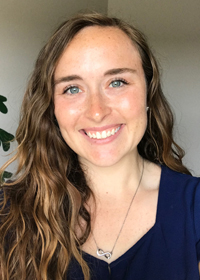 Carrier-capture and inelastic-scattering cross sections are important to consider when modeling electronic device degradation over time. The carrier-capture cross section is the probability that a carrier (a hole in the valence band or an electron in the conduction band) will be captured in a localized defect state in the band gap. The inelastic-scattering cross section is the probability that a carrier like a hot electron will transfer energy to a defect and drop to a lower energy band. Each of these can be modeled using multi-phonon processes, but modeling these processes typically leads to convergence issues. My advisor and collaborators developed a code to model the capture cross section, and I am currently working to test, document, and optimize the code as well as implementing features like allowing spin polarization and integration with both VASP and quantum espresso. Moving forward, I will also be working to further develop the theory of and expand the code to cover things like the general case of inelastic scattering, various hydrogen release mechanisms during depassivation, and possible Raman-like virtual states involved in carrier transitions.

2020, Lagemann Award, given annually to an entering or first-year graduate student in physics at Vanderbilt University for exceptional promise in physics

2017, Who's Who Among Students in American Universities and Colleges

2016-2017, Presidential Research Scholarship, submitted a proposal to the APSU Office of Undergraduate Research titled "Comparative structural studies of GeSe/GeTe-based phase-change memory" which was accepted and funded for the 2016-2017 school year