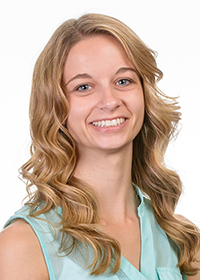 As a Chemical Engineering PhD student in The University of Texas at Austin Process and Energy Systems Engineering lab who is advised by Dr. Michael Baldea and Dr. Ross Baldick, my research focuses on the modeling, simulation, and optimization of complex energy systems. The rates of power generation from wind and solar photovoltaics vary considerably during the day; they typically (and unfortunately) reach a low point in the late afternoon hours, when the power demand from commercial and residential consumers is at its peak. An increased reliance on renewable power generation carries an energy security risk, manifest in the advent of brown-outs or black-outs at times when supply cannot meet demand.
Grid-level electricity storage systems remain cost-prohibitive, and managing demand, rather than generation rates (referred to as demand response (DR)) has emerged as an approach of choice. DR utilizes large-scale computational approaches, optimizing consumer operations and minimizing electricity cost given energy prices over a time period, thereby lowering electricity usage during peak demand hours. Predictive modeling of energy generation and storage systems requires that phenomena with disparate time and space horizons (i.e. chemical reactions, matter transport, and hourly/daily/seasonal variations in renewable energy sources) are captured. Inevitably, the multiscale mathematical models required are large-scale, nonlinear and stiff, posing particularly difficult computational challenges for simulation and optimization.
The main challenges for my research therefore reside in finding computationally efficient model representations of chemical processes, which can be embedded in the modeling and optimization of energy systems. I am currently working on the modeling aspects of the problem, where I have developed model reformulation techniques that will allow me to express the DR scheduling problem as a mixed-integer linear program (MILP), as well as novel optimization algorithms that will allow for solving this problem in real time.