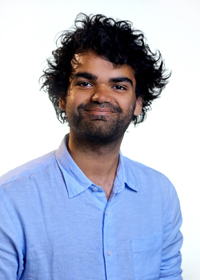 The project that I have been leading for the past few months, for which I was awarded the Blue Waters fellowship, involves exploiting the relationship between dark matter haloes and galaxies to explore the applicability of machine learning (ML) algorithms to the problem of galaxy formation and evolution. We were successfully able to approximately mimic a full-blown hydrodynamical simulation, which usually takes thousands to millions of CPU hours to run, using ML in the order of mere minutes. These exciting results have resulted in two first-author publication in MNRAS, one first-author submitted manuscript, and various talks and posters at conferences across the country. ML could enable us to quickly create mock galaxy catalogs and help us understand the galaxy-halo connection in a new light.

6. Blue Waters Fellowship (May 2015 - May 2016): National Center for Supercomputing Applications. One out of 22 students selected from across the nation to get 22,500 node hours on the Blue Waters supercomputer to pursue my research project.