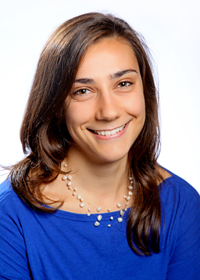 The influenza A M2 proton channel is responsible for the acidification of the viral interior, a critical step in the influenza infection process, and is the target of two of the three currently available oral antivirals. Prevalent M2 mutants are resistant to these drugs, however, thus requiring continued study of the proton transport and drug binding mechanism in M2 in order to aid further drug design. In this talk, I will discuss the Multiscale Reactive Molecular Dynamics (MS-RMD) method, which models the solvation and delocalization of an excess proton in water, and its application in the M2 system. Using this approach, we have shown that the adamantyl-amine class of inhibitors acts as mechanism-based inhibitors, taking advantage of the channel's natural ability to stabilize an excess charge, and outline a dynamic understanding of drug inhibition. Furthermore, we have shown that proton transport through M2 is a dynamic process – proton-induced water structure changes, hydrogen bond rearrangements, and altered channel dynamics allow the proton to "pave its own path" through the channel. Finally, we have studied the proton transport mechanism in the D44N mutant of M2 and helped explain its significant differences from the wild-type protein. This work has critical implications not only for M2 and drug design efforts, but also for the fundamental properties underlying proton transport in biomolecular systems.