A Framework for Distributed Decision-Making in Robot Swarms 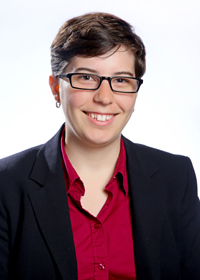 Just as humans can achieve more by working collectively, we can expect the same from robots in the future. A collective of robots on Mars collaborating to create a human habitat might need to assess whether potential sites have enough water and stable ground, select the best location, and construct the habitat. Each step in this complex behavior requires that the robots move to evaluate spatially distributed features like stability, then have the entire group commit to a decision before proceeding. These decisions are complicated by the lack of a centralized computational hub and robots being too sparsely distributed to maintain constant communication. This challenge of distributed decision-making is a major obstacle in the ability of robot swarms to operate autonomously. In this talk, I will present a three-part distributed decision-making framework to solve diverse decision-making problems, as well as examples of approaches to solve each of the framework components.

The framework consists of (1) a decision algorithm, which determines how a robot models the problem and integrates observations to make a decision; (2) an informed movement algorithm for determining where the robot samples in the environment based on their current knowledge; and (3) an informed communication algorithm for choosing what information robots exchange.

For decision-making, I will show a bio-inspired algorithm and a Bayesian algorithm I developed to solve an environmental classification problem.

For informed movement, I will show how we improved source localization by applying an infotaxis search strategy to a multi-robot system. Finally, I will show how we improved both decision algorithms with positive feedback in communication, as well as ongoing work developing communication for the space situational awareness in satellite constellations. These framework components can be modularly combined to quickly allow robot swarms to solve distributed decision-making problems in a variety of applications.