Macroscopic Plasma Modeling and its Application to Tokamak Disruptions 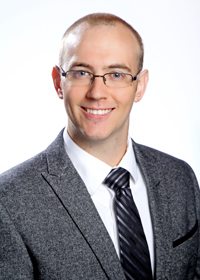 The success of future large tokamak fusion devices will depend on safeguards to avoid and mitigate violent events called disruptions. This work presents ongoing computational modeling efforts of two disruption aspects: runaway electron (RE) transport and the onset of the thermal quench (TQ). Disruptions that generate a relativistic RE population have a high likelihood of causing damage to the device and further understanding of TQ onset may lead to improved mitigation or even produce a means by which disruptions can be prevented. We have collaborated with the Madison Symmetric Torus (MST) group at the University of Wisconsin-Madison on two experimental campaigns covering these topics. In order to develop a more complete understanding of their observations, we solve the non-ideal MHD equations as nonlinear time-dependent computations using the NIMROD code. The first campaign investigated suppression of REs using resonant magnetic perturbations (RMP)1. Analysis of the simulation results led to a plausible explanation of the mechanism through which an RMP can induce a controlled loss of RE confinement. To extend this modeling effort and to test our hypothesis, we are collaborating with a group at Oak Ridge National Laboratory to interface their code that models RE transport with our MHD modeling. The second experimental campaign investigates the onset of the TQ through intentional and repeatable triggering of those events. Initial progress in modeling of the experimental discharges will be presented. These collaborations demonstrate how computational modeling complements experimental investigation to provide a more complete interpretation of results. 1S. Munaretto et al 2020 Nucl. Fusion 60 046024