Lagrangian Circulation of Carbon From the Southern Ocean Abyss 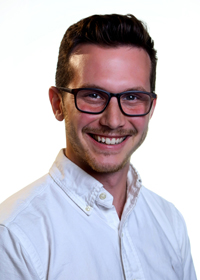 The ocean serves as a large reservoir of both natural and anthropogenic carbon and has absorbed approximately a third of anthropogenic emissions since the Industrial Revolution. The Southern Ocean in particular has been conventionally thought of as the strongest carbon uptake site, although the region is poorly constrained by observations in both space and time. Efforts have been made to observe Southern Ocean carbonate chemistry using surface drifters and depth-profiling floats. Results from these campaigns suggest that carbonate chemistry in the Southern Ocean is highly variable and that there could potentially be sites of strong CO2 outgassing to the atmosphere that were previously unaccounted for. These findings are supported by a recent high-resolution Lagrangian ocean model study by Tamsitt et al. that suggests zonally asymmetric circulation leads to "hot spots" of strong upwelling, which could also coincide with regions of high tracer fluxes, such as dissolved inorganic carbon. Here, I present results from a global simulation of the DOE's Model for Prediction Across Scales Ocean (MPAS-O) with ocean biogeochemistry and a spatial resolution ranging from 30 km at the midlatitudes to 10 km at the poles. We sampled the model using Lagrangian In-situ Global High-performance particle Tracking (LIGHT) to compute online (i.e., at model runtime) twice-daily particle trajectories for 17 simulation years for approximately 13,000 surface drifters and 435,000 passively advected three-dimensional floats in the Southern Ocean. The particles were outfitted with biogeochemical "sensors" to record the time history of passive tracers advected throughout the region. We use this output to investigate the transport of dissolved inorganic carbon throughout surface and deep waters in the Southern Ocean. Initial results suggest that Lagrangian upwelling of carbon-rich water is associated with topographic features on the sea floor.