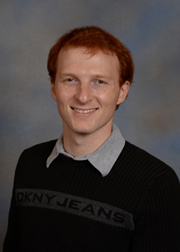 A postulated impact of climate change is an increase in tropical cyclone (TC) intensity. This hypothesized effect results from the fact that TCs are powered by subsaturated boundary layer air picking up water vapor from the surface ocean as it flows inward toward the eye. The inflowing air has a nearly identical temperature as the surface ocean; therefore, surface warming leads to a warmer atmospheric boundary layer. By the Clausius-Clapeyron relationship, warmer boundary layer air can hold more water vapor and thus results in more energetic storms.

Changes in TC intensity are difficult to predict due to the presence of fine structures (e.g. convective structures and rainbands) with length scales of less than 1 km, while general circulation models (GCMs) generally have horizontal resolutions of tens of kilometers. Further, strong TCs are rare events, meaning that multi-decadal simulations are necessary to generate meaningful statistics about intense TC activity. This adds to the computational expense, making it yet more difficult to generate accurate statistics about long-term changes in TC intensity due to global warming via direct simulation.

We take an alternative approach, applying action minimization techniques developed in molecular dynamics to the WRF weather/climate model. We construct artificial model trajectories that lead from quiescent (TC-free) states to TC states, then minimize the deviation of these trajectories from true model dynamics. This allows for: (1) selective interrogation of model states with TCs; (2) finding the likeliest paths for transitions between TC-free and TC states; and (3) an increase in horizontal resolution due to computational savings achieved by reducing time spent simulating TC-free states. This increase in resolution, coupled with a decrease in simulation time, allows for prediction of the change in TC frequency and intensity distributions resulting from climate change.