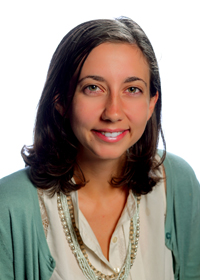 Understanding the Martian plasma environment requires combining analysis of simulations and <em>in situ</em> data. In order to validate our models and understand what physics is necessary in different regions, it is important to compare simulation results to each other and to real data in a one-to-one manner. Observations from the MAVEN spacecraft have greatly improved the potential insights from the data comparison, as there are simultaneous measurements of ions, electrons and magnetic fields. Here we compare across a variety of model categories, including single-fluid MHD, multi-fluid MHD, multi-fluid MHD with electron pressure and hybrid. To make cross-model and data comparison one to one, each simulation code has been run using identical input conditions extracted from a single MAVEN orbit. The orbit was chosen such that it has a day-side periapsis and a steady solar wind and IMF. A day-side periapsis reveals the relevant ionospheric chemistry effects, while steady solar wind ensures that the input conditions are clear and easy to implement.

We find that low-altitude ion densities are very similar across all models and are comparable to MAVEN ion-density measurements from periapsis. However, despite these similarities there are clear morphological differences in ion behavior in other regions. There is an ion pickup plume energy signature in the MAVEN data, but not all models show definitive evidence of an ion plume. Among those that do, the plume varies in spatial extent, composition and velocity structure. Ion bulk movement in the tail and southern hemisphere also varies substantially between the models. These differences are observable in ion escape loss maps and are necessary to understand in order to accurately use models in aiding our understanding of the martian plasma environment.