Solid State Physics at the Nanoscale: Control of Classical and Quantum Degrees of Freedom 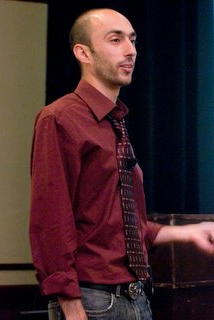 In this talk I will describe some of the awesome power to control microscopic systems that has been unleashed within the mesoscopic physics community. Among other things, experimentalists now have the ability to manipulate and detect single electrons in a variety of nanoscale systems. This ability opens up new possibilities for both classical and quantum information processing. To give the flavor of what can be done in such systems, I will present a model in which we have used classical techniques of feedback and control to show how a system of nuclear spins can be cooled significantly below the ambient temperature by running an electrical current through a double quantum dot system under special conditions. If realized, such cooling can be used to extend the timescale over which coherent quantum control of electron spins is possible by an order of magnitude.