Neural Computation: The Influence of Medial Entorhinal Cortex Grid Cells on the Creation of Memory in the Hippocampus 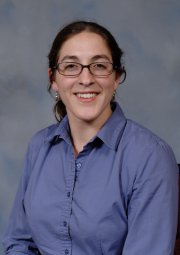 The means by which the mammalian brain creates and stores episodic memory over a lifetime is still not understood, although involvement of certain structures within the medial temporal lobe such as the hippocampus, dentate gyrus, entorhinal cortex, and the subicular complex is well demonstrated. Within the hippocampal formation, certain pyramidal neurons are known to respond very specifically to a particular location within a familiar environment. These ‘place cells’ are postulated to be part of, or downstream from, a spatial navigation system. These cells are also thought to be critical to the formation and consolidation of episodic memory in the neocortex. Recently it was discovered that one synapse upstream of these cells in the dorsomedial entorhinal cortex (dMEC) are a population of neural cells that have firing fields that form a triangular lattice at varying spatial phases, orientations, and offsets within a familiar space (Hafting et al., 2005). These ‘grid cells’ collectively tile a space during self-motivated locomotion. I discuss a new theory for the role of these grid cells in the creation of retrievable memory structures in the downstream auto-associative network dynamics of the hippocampus.