“Self containment,” a property of RNA structures, distinguishes microRNA precursors 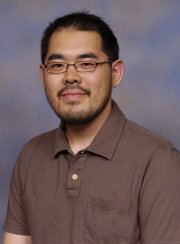 An RNA molecule is made up of a linear sequence of nucleotides, which form pairwise interactions that define its folded three-dimensional structure. Many alternate structures are possible; however, biologically functional RNAs will tend to assume one particular structure, which is generally the most thermodynamically stable one. How any particular string of nucleotides will fold can also depend on whether it exists in isolation, or whether it is a substring of a longer sequence. Some subsequences will tend to form interactions with the surrounding sequence, some will be structurally invariant regardless of sequence context – we call this property “self containment.”

In this work, we developed a metric to measure degree of self containment on structured RNAs, and showed that it only partially correlates with other sequence and shape metrics. We applied this metric on various classes of biological RNA sequences and found that one class, precursor microRNAs, exhibited significantly higher degrees of self containment on average than random. Our findings are consistent with the unique biogenesis pathway of microRNA precursors, which are cleaved from much larger primary structures on the basis of their hairpin shape.