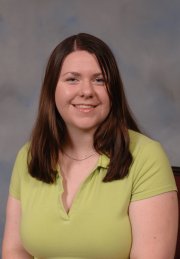 Controlled-release drug delivery systems are being developed as an alternative to conventional drug therapy regimens which require frequent administrations. These delivery systems have the potential to provide better control of drug concentrations, reduce side effects, and improve compliance as compared to conventional regimens. However, the design of controlled-release devices, such as biodegradable polymer microspheres, is difficult because of incomplete understanding of the mechanisms that regulate release and affect encapsulated drug stability.

This project involves the development of a computational model for polymer degradation and drug release from controlled-release microspheres composed of the biocompatible polymer poly(lactide-co-glycolide) (PLGA). Previous models have been published which take into account some of the factors influencing degradation and release, but most have not considered autocatalytic PLGA hydrolysis [1, 2] which is thought to lead to heterogeneous polymer degradation depending on the particle size [3]. Those models that have included autocatalytic effects tend to be more simplistic models than those that have disregarded the contributions from autocatalytic degradation [4]. The model being developed in this work focuses on the effects of autocatalysis and allows for variations in microsphere size, intraparticle pH, and polymer molecular weight which all influence transport of drug and polymer fragments through the polymer. The different physical and chemical phenomena which contribute to the degradation of polymer particles and the subsequent drug transport processes are being modeled simultaneously through coupled systems of equations rather than in a purely sequential manner so as to try to mimic the actual overall controlled-release drug delivery mechanism which is highly interdependent.