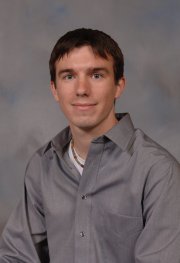 Finite element methods have been the premier simulation tool in computational mechanics since the middle of the 20th century. Unstructured mesh technologies have allowed engineers to utilize finite element technologies to analyze systems exhibiting complex geometries that often appear in fields such as solid and fluid mechanics, a distinct advantage over finite difference methods. However, the development of meshes for complex geometries remains an incredibly difficult process; meshing of the CAD geometry into one suitable for analysis currently occupies 80% of the effort in computational mechanics.

Isogeometric analysis was developed by researchers at the University of Texas at Austin in order to circumvent the issue of meshing. In isogeometric analysis, basis functions generated from NURBS (Non-Uniform Rational B-Splines) are first employed to construct a geometric CAD model. The isoparametric concept is then invoked to define field variables associated with a set of differential equations; that is, the field variables are represented by the same set of NURBS functions used in defining the CAD model. Thus, with isogeometric analysis, the analysis-suitable mesh is the same as the underlying CAD geometry, a novel concept.

T-Splines is a technology that builds upon the success of NURBS. The primary issue with NURBS basis functions is that they must be built upon tensor-product grids. As such, analysis technologies using NURBS functions cannot support local refinement and adaptive procedures. T-Splines, on the other hand, are built upon more general grids that allow for T-junctions and L-junctions, allowing for local refinement in an unprecedented manner.

In my poster, a short tutorial to the T-Spline technology and its implementation in isogeometric analysis will be presented. This tutorial will be followed by numerical examples from linear elasticity and fluid mechanics that illustrate the merit and advantages of this new technology.