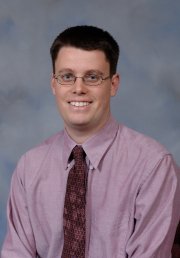 When a material is optically excited, a common response is for an electron from a valence state to be promoted to a conduction state, which leaves a hole in the previously occupied valence state. The interaction between the excited electron and the hole often strongly affects the material optical properties. Due to the increased nature of the interaction in lower dimensions, this is especially the case in nanomaterials – materials that have at least one dimension of length on the order of nanometers (10-9 m). In such materials, the electron and hole often form a tightly bound state, called a bound exciton, which significantly changes the photon energy necessary to excite the pair. Single-walled carbon nanotubes, which are tubes made by rolling up single graphite sheets with diameters on the order of a few nanometers, are an example of a quasi-1D system. Nanotubes are interesting in part due to their unique electronic properties: they can be semiconducting or metallic by controlling their rolling angle (chirality) and diameter. It has been previously predicted in first principles calculations of semiconducting nanotubes that bound excitons exist with large binding energies, a prediction recently confirmed by experiment. We now extend these predictions to metallic single-walled carbon nanotubes, which would be the first metallic systems to display this novel quantum effect since 3D metals have almost perfect screening of the electron-hole interaction. In 1D, however, we find that both the screening is imperfect and the Coulomb interaction is enhanced, so that bound excitons with noticeable binding energies of 50-100 meV are found. We predict the existence of bound states to qualitatively change the shape of the absorption spectra of metallic nanotubes and to therefore be experimentally verifiable.