The Spin-Hall Effect in Quantum Wires 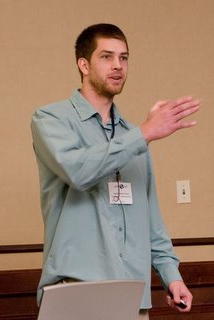 It was discovered a couple of years ago that spin-orbit coupling in 2D electron and hole systems induces a spin-Hall effect, where a charge current results in a transverse spin current. It was found that in an infinite 2D system in the absence of scattering, the resulting spin-Hall conductance attains a universal value. However, in the presence of scattering this effect has been shown to disappear in the model infinite system. In finite-size structures such as quantum wires, this phenomenon persists and manifests itself as a spin accumulation on opposite sides of the wire. In this talk I will discuss my work on simulations of this effect in mesoscopic systems