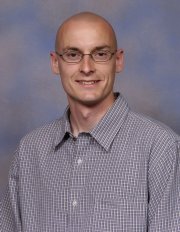 Recent observations of extragalactic outflows from active galactic nuclei suggest that these jets are permeated with helical magnetic fields. Thus, extragalactic jets may resemble a screw pinch topology and be susceptible to the current-driven kink instability. We are conducting numerical magnetohydrodynamic simulations which will address the issues of collimation and stability of the extragalactic jet system. In these simulations an initial seed field is twisted by a differentially rotating flow boundary condition. Initial calculations search for two-dimensional axisymmetric equilibria for this system. Observations of extragalactic jets find that these systems produce collimated particle outflows extending up to megaparsec length scales. We show that our calculations produce a similar collimated equilibrium outflow. For calculations which reach a collimated state, the linear stability of the quasi-equilibria are calculated. Linear calculations indicate that for some cases these quasi-equilibria are kink unstable. Moreover, the kink instability is shown to be dominant at the base of the outflow. These calculations are extended to three dimensions to study the nonlinear saturation of the kink instability. These three-dimensional calculations indicate that the kink instability leads to conversion of the toroidal magnetic flux, which is injected by the differentially rotating boundary, to poloidal magnetic flux. This conversion process occurs periodically at the base of the outflow and is transported along the column by the magnetic expansion, resulting in knots of closed magnetic flux in the column. This feature is qualitatively similar to knots which are observed in the actual extragalactic jet systems. Examination of this flux conversion process in the extragalactic jet system could lead to a better understanding of how the jet distributes magnetic energy to the medium which surrounds it.