Adaptively Satisfying Constraints in the Presence of Noise 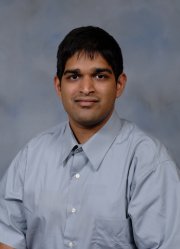 Consider a system that is composed of a collection of modules, each of which is in one of a finite number of states. Assume that there are multiple ways to make the system work; that is, there are several different configurations of the module states which make the system functional. Each module is faulty, but we want to ensure that the system as a whole works with high probability. This fundamental engineering problem can be approached in two different ways, broadly speaking. One approach is to decide on a single configuration of the module states that makes the system work and to then ensure that each module is in the correct state with high probability. This is the approach typically taken by engineers. Typically, an error-correction mechanism is applied to each module so as to make sure that the individual modules are very robust to faults. A second approach, the one more common in biological systems, is to have the modules adapt their behavior in response to failures of other modules. In this scheme, when one module is in an unexpected state, others can compensate for this condition, not merely by standing in for the failed part, but by changing their behavior so as to steer the system into a working configuration. In my poster session, I will present a mathematically clean formulation of this adaptive approach and show examples of systems where such an approach is provably better than a non-adaptive one.