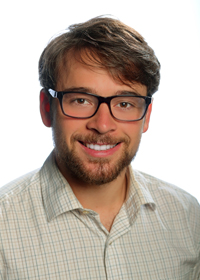 The activity of single neurons is stochastic: dissimilar spike patterns often are produced over nominally identical experimental trials or replicates. This randomness has limited the scope of neuroscience research, often forcing us to study neural responses on average over multiple trials. Characterizing the brain with single-trial resolution is becoming increasingly feasible due to advances in large-scale recording technologies. Nonetheless, single-trial dynamics are still poorly characterized in many cases and approaches to characterizing these dynamics have not reached consensus. I will describe two computationally tractable and scalable statistical methods to address these needs. First, I will draw a connection between single-trial variations in amplitude (often called &quot;gain modulation&quot; in sensory/motor circuits) and tensor decomposition methods. Second, I will describe a novel unsupervised time-warping method to capture single-trial variations in temporal latency and duration. I have applied both methods to data collected from diverse species (mice, rats and nonhuman primates), behavioral contexts (olfaction, motor learning, decision-making and seizures) and brain regions (olfactory bulb, premotor and motor cortex, prefrontal cortex and thalamus). I will discuss a subset of these results as case studies, with an emphasis on findings that would have been difficult to find by conventional methods and visualization of raw data.