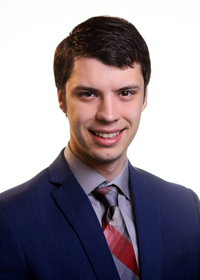 A major difference between serial and parallel programs is that in many parallel runtimes one cannot make any assumptions about the ordering of various logical tasks. This nondeterminism creates an opportunity for the compiler. Since any ordering is valid, the compiler can also reorder tasks if it believes it beneficial.

This poster will discuss how the compiler can take advantage of this nondeterminacy through a number of example optimizations, examining their theoretical implications as well as how they perform when implemented atop the Tapir extension to LLVM.