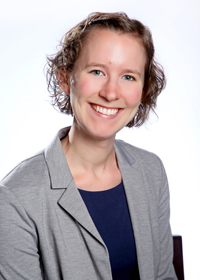 When the Toxic Substances Control Act was passed in 1976, roughly 60,000 existing chemicals were considered safe for use and grandfathered in. Today there are approximately 85,000 substances on the list, with around 2,000 new ones introduced each year. It is impossible to screen all of these via full-organism in vivo studies. High-throughput toxicity screening (HTS) programs allow for the relatively cheap and fast collection of dose-response information in vitro, which can provide clues as to chemicals' potential toxic effects. In this paper, these HTS dose-response curves are used as supervision information of a sparse linear dimension reduction of structural features. Specifically, Bayesian partially supervised sparse and smooth factor analysis (BS3FA) is a joint model for chemical structure and activity imposing sparsity on chemical structure loadings and smoothness on dose-response loadings. This framework makes it possible to learn which chemical structural elements are related to toxicological activity and how linear combinations of features impact a chemical's dose response. Additionally, this model can be used to generate a coherent pairwise distance metric informed by both chemical structure and toxicity. Chemicals close in feature-response distance could be assumed to have similar effects. Thus such a distance metric could be used when assessing new chemicals for which no dose-response information is yet available. It could also be used to inform the main effects in a mixture model. BS3FA performance is compared to existing methods via a simulation study. Results are reported for the application of BS3FA to the ToxCast 21 chemicals' structure and dose response curves from the Attagene Pregnane X receptor (PXR) assay.