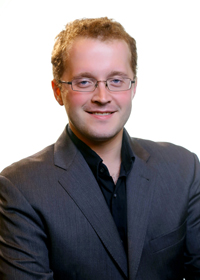 Controlling the formation of ice and similar crystalline structures is important in many contexts, from preserving organs for transplant to preventing clathrate hydrate plugs in natural gas pipelines. To achieve this control, it is crucial to understand nucleation phenomena at the molecular level. Studies have shown that heterogeneous nucleation proceeds orders of magnitude faster than homogeneous nucleation. Hence, understanding ice nucleation phenomena in most real-world contexts hinges upon identifying the molecular-scale features of surfaces that promote or inhibit heterogeneous ice nucleation.

Certain mineral surfaces and salts, such as kaolinite or silver iodide, are known to facilitate ice nucleation. However, recent work has shown that there is a complex interplay between a surface's morphology and its icephilicity: small variations in properties such as surface flexibility and lattice mismatch can significantly impact a material's ability to nucleate ice. We have developed novel approaches for characterizing surface icephilicity and applied them to study a wide range of model surfaces. Our results shed new light on the molecular-scale features that govern a surface's propensity to nucleate ice and related crystalline structures.