The Path to Ab Initio Nonadiabatic Dynamics on Multichromophore Systems 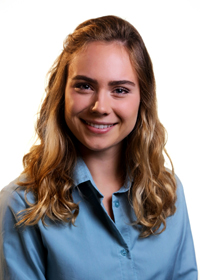 Multichromophore systems play important roles in biological photosynthesis and artificial light-harvesting devices. They are composed of multiple pigment molecules arranged to efficiently absorb light, then transfer the resulting excitation energy. Many such systems exist in nature as protein complexes – for example, the light-harvesting complex in photosynthetic plants, LHCII. The exact mechanism of excitation energy transfer in LHCII is still highly debated. Due to the system's size – the complex comprises 54 chromophores (chlorophylls and carotenoids) and more than 15,000 atoms – a computational study of full-system nonadiabatic dynamics has yet to be undertaken. This would require not only multi-tiered approaches that exploit modern supercomputer architectures, but also practical methods to implement these approaches. An ab initio exciton model that includes charge transfer excited states is well-suited to the problem, where individual chromophore calculations can be parallelized across compute nodes. However, as the level to which we describe individual chromophores and couplings between chromophores increases, chromophore calculations are no longer simply independent and efficiently implementing this approach becomes challenging. At the same time, an efficient implementation is paramount when using a computationally intensive method like ab initio multiple spawning (AIMS) to study the nonadiabatic dynamics. The task-based programming language Regent shows promise as a tool in the path to studying photodynamics on large systems. By allowing users to manipulate logical regions of data instead of physical regions, Regent can handle memory management for arbitrary computer architectures including GPUs "under the hood." This could remove many of the practical barriers to implementing an exciton model at scale.