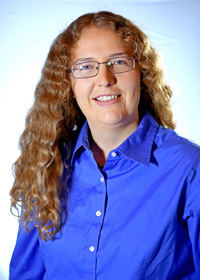 Laser-driven ion sources offer a compact method for delivering useful quantities of high-energy ions in orders of magnitude less space than conventional RF accelerators. While laser-driven proton beams are already being used successfully for a variety of applications including radiography, interdisciplinary applications will require enhanced control of the ion beam properties. Improvements in the target normal sheath acceleration (TNSA) regime are especially desirable because of its robustness and demonstrated experimental repeatability. In the TNSA regime, an intense laser pulse irradiates a thin solid target to generate hot electrons that set up a sheath electric field at the target's surface. This sheath field gradually accelerates protons and other ions out of the rear surface. The effectiveness of the proton acceleration depends on how well the density of hot electrons is maintained during the acceleration process. Typically, hot electrons are free to expand along the surface of the target, leading to proton beams with sub-optimal energy and noticeable angular divergence. Recent progress in laser-driven magnetic field generation has opened up the possibility of adding strong magnetic fields to the TNSA process to reduce the lateral transport of hot electrons. I will discuss how the magnetic field can beneficially alter the topology of the accelerating fields in TNSA and how this can be leveraged to produce high-energy, collimated proton beams.