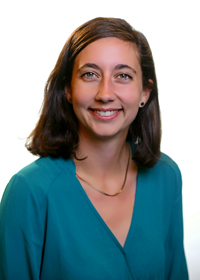 Since the first discovery of an extrasolar planet more than 20 years ago, the number and variety of observed planets has continued to increase and we have begun to find small rocky planets that are potentially habitable. Although habitability encompasses a broad range of necessary conditions, one commonly used criteria is the planet's ability to support liquid surface water. This requires a surface temperature of 273-373 K and some atmosphere to prevent rapid evaporation to space. Due to constraints from the signal-to-noise ratio in most observing techniques and the relative abundance of planetary systems, the most potentially observable planets that meet this criteria are found in the habitable zone around M-dwarfs. As the atmosphere both affects the surface temperature and prevents rapid water loss, atmospheric evolution of terrestrial planets around M-dwarfs is a topic of key importance.

One driver of atmospheric evolution is thermal loss, in which particles with a thermal energy exceeding the escape velocity of the planet are lost. However, heavier elements with higher escape velocities will have more difficulty escaping thermally. Non-thermal processes, including those that act on ions, work to increase the energy available to a given particle and provide additional paths to escape for heavy ions. Here I discuss using a hybrid plasma model to understand how the physics of ion escape depends on planetary parameters for weakly magnetized terrestrial planets.