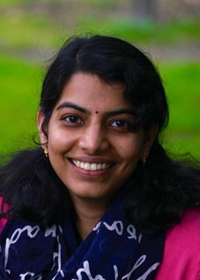 Sowmya is passionate about developing software and middleware for computer networks and distributed systems. She has been part of the perfSONAR project, popular open-source software for network monitoring and troubleshooting. She has contributed to various stages of the software’s life cycle-development, build and packaging and provided support to end-users. She also has worked on cloud middleware and host-management agents.

Balasubramanian is originally from Chennai, a city in South India, and graduated with an M.S. in information networking from Carnegie Mellon University. She completed her undergraduate education in electronics and communication at SSN College of Engineering of Anna University in India.