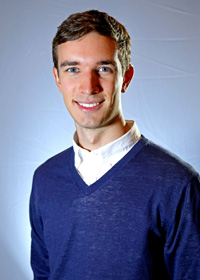 We present uniformly sampled cosmological simulations using the moving-mesh code AREPO and its dust model, which we extend to include thermal sputtering of grains, in order to study the evolution of the dust mass function, the cosmic distribution of dust beyond the interstellar medium, and the dependence of dust-to-stellar mass ratio on galactic properties. The simulated dust mass function at z = 0 shows broad agreement with observations, but at high redshift we fail to produce enough dust-rich galaxies. This tension is not alleviated by adopting a top-heavy initial mass function and suggests that dust production mechanisms more strongly dependent on star formation may help to produce the observed number of dusty galaxies near the peak of cosmic star formation. The radial scaling of projected dust surface density out to distances of 10 Mpc around galaxies with 17 < i < 21 is similar to that seen in Sloan Digital Sky Survey data. At z = 0, the predicted dust density parameter of Omega(dust) ~ about 1.7e-6 is in agreement with low-redshift observations, though we do not capture a decline in Omega(dust) from z = 2 to z = 0. We examine the dust content of the star formation main sequence and find that dust-to-stellar mass ratio anticorrelates with stellar mass at both high and low redshift. Using stellar population synthesis post-processing, we estimate the 850 um and 1.1 mm flux density functions for simulated galaxies at z = 1 and analyze the relation between dust-to-stellar flux and mass ratios at z = 0.