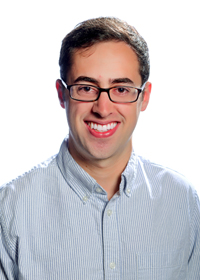 One of the primary problems in current magnetic confinement fusion devices, such as tokamaks, is turbulent transport. The resulting loss of heat and particles cools the plasma, significantly degrading performance and limiting the net power gain. Gyrofluid and gyrokinetic models are two ways to describe the small-scale, low-frequency turbulent fluctuations that are responsible for this transport, enabling the study of tokamak turbulence via theory and simulation.

Gyrofluid models are efficient compared to gyrokinetic models in three senses. First, it is typically easier to develop one's intuition from fluid equations than kinetic equations. Second, because gyrofluid equations are only three-dimensional (instead of 5D or 6D), simulations with gyrofluid models require less memory than kinetic simulations and can therefore more easily fit on highly-optimized computing hardware, such as graphics processors (GPUs). The third advantage is a result of the first two: one can develop and test ideas quickly with gyrofluid models. The disadvantage of gyrofluid models is their potential lack of physics fidelity. In this poster, we present our attempt to take full advantage of gyrofluid models, without sacrificing physics fidelity. Our approach is encapsulated in the GryfX code, which is an implementation of hybrid gyrofluid/gyrokinetic equations. The key improvements that we have brought to bear are: an improved understanding of the cascade of free energy simultaneously in perpendicular k space and perpendicular velocity space; a new hybrid algorithm that improves zonal flow physics by simulating zonal flow modes with a fully gyrokinetic model; and an implementation of the equations on modern heterogeneous computing platforms, both as a standalone simulation tool that exploits the power of GPUs and as a component of TRINITY (a transport modeling code for tokamaks). This enables the use of the TRINITY-GryfX system for multi-scale analysis of tokamak turbulence on transport time scales.