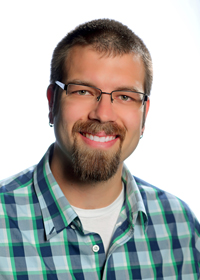 Even in the modern era, only human eyes can scan the entire optical sky for the violent, variable and transient events that shape our universe. The All-Sky Automated Survey for Supernovae (ASAS-SN or Assassin) is changing this by monitoring the extra-galactic sky to a limiting magnitude of 17 every two to three days using multiple telescopes, hosted by the Las Cumbres Observatory Global Telescope Network, in the northern and southern hemispheres. Our automated pipeline schedules observations, processes data and scans images for new potential discoveries without human interaction, requiring sophisticated algorithms to avoid false positive detections. The primary goal of ASAS-SN is to discover bright nearby supernovae, and in three years of operation we have discovered more than 300, including 179 in 2015 alone, accounting for more than 60 percent of supernovae brighter than 17th magnitude. ASAS-SN is finding nearby supernovae that would not be found by any other professional or amateur survey, and the nearby nature of ASAS-SN discoveries allows for detailed follow-up across a wide wavelength coverage. Here we present updated details on the ASAS-SN survey and its data-processing pipeline as well as analyses of the supernova discoveries made during its first three years of operation.