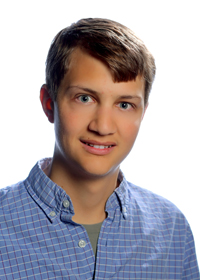 Fourier continuation methods are increasingly used in an emerging class of solvers for partial differential equations, particularly those where dispersion is a concern, such as wave propagation over long timescales. We employ the FC(Gram) technique, which periodically extends function data using highly accurate continuations of a gram polynomial basis in a certain matching region. These continuations yield high-order Fourier interpolants and corresponding derivatives, which can be used as the basis for highly accurate ODE solvers in conjunction with adequate preconditioning of an iterative solver.

We employ an Alternating Direction Implicit (ADI) method to solve prototypical PDEs on general domains along coordinate axes of an embedded equispaced mesh. Such splitting methods reduce the PDE to differential equations in one spatial variable. Variable coefficient problems under a variety of ADI splittings and time-step schemes are handled naturally. The challenging problem of Neumann boundary conditions in a fully implicit solver is considered and the active research in this area is presented. The highly attractive features of the FC-ADI method, including its properties of near-negligible dispersion and unconditional stability as well as its readily parallelizable nature, are presented. Future applications are discussed.