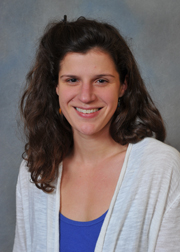 Over the past 75 years, eight Mw>6.7 strike-slip earthquakes have ruptured the North Anatolian fault (NAF) from east to west. The series began with the 1939 Erzincan earthquake in eastern Turkey and the most recent 1999 Mw=7.4 Izmit earthquake extended the pattern of ruptures into the Sea of Marmara in western Turkey. The mean time between seismic events in this westward progression is 8.5 years, with a standard deviation of 11 years, much greater than the time scale of seismic wave propagation (seconds). The delayed triggering of these earthquakes may be explained by the propagation of earthquake-generated diffusive viscoelastic fronts within the upper mantle that slowly increase the Coulomb failure stress (CFS) at adjacent hypocenters. We analyze a three-dimensional stress transfer model with an elastic upper crust coupled to a viscoelastic Burgers rheology mantle. Both the Maxwell (log10ηM ≈ 18.6-19.0 Pa s) and Kelvin (log10ηK ≈ 18.0-19.0 Pa s) viscosities are constrained by viscoelastic block models that simultaneously explain geodetic observations of deformation before and after the 1999 Izmit earthquake. We combine this geodetically constrained rheological model with the observed sequence of large earthquakes since 1939 to calculate the time-evolution of CFS changes along the North Anatolian Fault due to viscoelastic stress transfer. Critical values of CFS at which the earthquakes in the eight-decade sequence occur are 0.001 MPa to 2.946 MPa and may exceed the magnitude of static CFS changes by as much as 180 percent. The variability of three orders of magnitude in critical triggering stress may reflect along strike variations in NAF strength. Based on the median and mean of these critical stress values, we infer that the NAF strand in the northern Marmara Sea near Istanbul, which previously ruptured in 1509, may reach a critical stress level between 2017 and 2040.