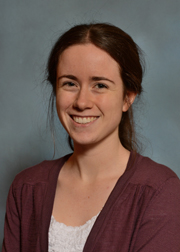 Neurons achieve tight regulation of protein expression in space and time by transporting mRNAs to the dendrites and translating them locally. This enables quicker synaptic remodeling in response to stimulation and allows remodeling to be restricted to a single synapse or synaptic neighborhood, which is required for many forms of long-term memory formation. Over the past 25 years, the number of RNAs observed to be dendritically localized has grown from a few hundred to thousands, raising the question of how the transport of these RNAs is regulated. It is thought that dendritic localization is primarily mediated by the recognition of motifs within the RNA sequence called "zipcode" motifs. Although the identification of zipcode motifs has been an active area of research, only a few motifs have so far been found. Here, we extend and improve on previous searches for zipcodes through a combination of experimental and computational techniques and identify several putative motifs that may have zipcode function. On the experimental side, we improve on the definition of which RNAs are dendritically localized using high-throughput RNA sequencing of dissected dendrites and cell bodies of individual neurons. Using these data, we improve on previous computational motif searches by expanding our search space to include neuron-specific 3'UTR extensions and by using a novel motif-searching algorithm that can detect both linear and structural RNA motifs. Preliminary results indicate that several genes show differential expression of 3'UTR isoforms between the dendrites and cell body, suggesting preferential localization of certain isoforms to the dendrites. We search the dendritically localized isoforms for evidence of zipcodes and identify 42 significantly enriched motifs, many of which are structural. We are currently validating the localization activity of these motifs.