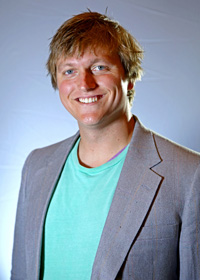 Using recent “deep learning” techniques, we built two hierarchical convolutional neural networks: an auditory network optimized to recognize words from spectrograms and a visual network optimized to categorize objects from images. Each network performed as well as humans on the difficult recognition task on which it was trained. Independently, we measured neural responses to (i) a broad set of natural sounds in human auditory cortex (using fMRI); and (ii) diverse naturalistic images in macaque V4 and IT (using multi-array electrophysiology). We then computed the responses of each network to these same sounds and images and used cross-validated linear regression to determine how well each layer of each model predicted the measured neural responses.

Our findings suggest that early stages of sensory cortex could instantiate similar computations across modalities, potentially providing input to subsequent stages of processing that are modality-specific. We are currently analyzing the auditory network’s prediction of visual cortical responses.