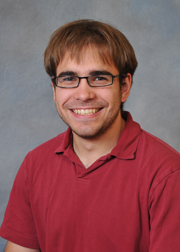 The Rayleigh-Taylor instability occurs when the pressure and density gradients are in opposition, as in the canonical case of a heavy fluid superposed over a lighter one in a gravitational field. Rayleigh-Taylor enhances mixing in fluids found in stars, oceans, fission moderators and inertial confinement fusion capsules. The instability depends on the viscosity and diffusivity, making numerical treatments particularly difficult. The single-mode instability passes through a series of growth regimes at increasing time, and therefore aspect ratio, while experiments are practically limited to aspect ratios near unity. The multi-mode instability grows most rapidly at small scales, making precise characterization of the initial condition essential, which also is difficult in the laboratory. For these reasons and others, the validation of direct numerical simulations against Rayleigh-Taylor experiments is incomplete.

I will present series of spectrally converged simulations of the understudied low-Atwood, high-Schmidt number region of parameter space. They highlight the formation, dynamics, and destruction of coherent structures, commonly called fingers, with very long lifetimes. The finger depth, radius, flux, and mixing rate are described with simple zero-dimensional and one-dimensional models. The long lifetimes and high aspect ratios suggest an analogy to pipe flow.

The simulations are performed with a specialized version of the spectral element code Nek5000 on Mira. The workflow is expressed in the Swift parallel scripting language and the data, raw and processed, is published with Globus. Each step in the workflow is reproducible, with only the simulations themselves requiring HPC resources.