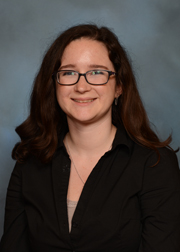 Past studies have shown that even a single pulse of electrical stimulation can elicit a measurable evoked potential (EP), but the DCR has not been fully characterized and the relationship of this signature waveform to changes in the broadband local field potential (LFP) has not been explored. We have studied whether single-pulse stimulation can produce measurable differences in LFP power in humans and how this LFP difference relates to both the EP and its spatial spread. Here we present preliminary data from six subjects, showing that single-pulse stimulation results in a measurable increase in LFP power and a wide distribution of EPs across channels. However, the spatial distribution of LFP power increases is not the same as the spatial distribution of the EP. This difference indicates that the increase in LFP power may be measuring more than just the EP itself. This decoupling of the LFP response and the EP to stimulation uncovers a new response to single-pulse stimulation that is much more widespread than previously documented.