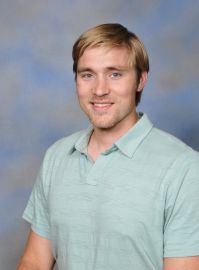 Population genetics provides a mathematical and computational framework for understanding and modeling evolutionary processes, and so it is vital for the investigation of biological systems. In its current state, molecular population genetics is exclusively focused on molecular sequences (DNA, RNA, or amino acid sequences), where all application-ready simulators and analytic measures work only on sequence data. Consequently, in the early 2000s, when technologies became available to sequence entire genomes, population genetic approaches were naturally applied to mine signatures of selection and conservation, resulting in the subfield of population genomics. Nearly every present genome project applies population genomic techniques to identify functional information and genome structure. Recent technologies have ushered in a similar wave of genetic information, this time focusing on biological mechanisms operating above the genome, most notably on gene regulation (regulatory networks). In this work, I develop a molecular population genetics approach for gene regulation, called population regulomics, which includes simulators and analytic measurements that operate on populations of regulatory networks. I conducted extensive data analyses to connect the genome with the cis-regulome, developed computationally efficient simulators, and adapted population genetic measurements on sequence to the regulatory network. By connecting genomic information to cis-regulation, we may apply the wealth of knowledge at the genome level to observed patterns at the regulatory level with unknown evolutionary origin. I demonstrate that, by applying population regulomics to the E. coli cis-regulatory network, for the first time we are able to quantify the evolutionary origins of topological patterns and reveal the surprising amount of neutral signal in the bacterial cis-regulome. Since regulatory networks play a central role in cellular functioning and, consequently, organismal fitness, this new subfield of population regulomics promises to shed the light of evolution on regulatory mechanisms and, more broadly, on the genetic mechanisms underlying the various phenotypes.