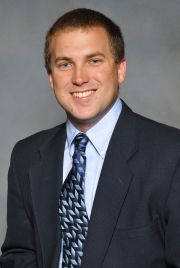 The linear discontinuous (LD) spatial discretization is a nearly universal spatial discretization in discrete ordinates (SN) radiation transport calculations. However, LD can generate non-physical (negative) angular flux solutions. In slab geometry these negativities are limited to strongly absorbing cells, but may also appear in voids in 2-D and 3-D Cartesian geometries. Past work to ameliorate these negativities has focused on two areas: ad-hoc fixups and strictly non-negative solution representations, neither of which has yielded satisfactory results. Depending on the iteration scheme used to apply the ad-hoc fixup, difficulties can arise in coupling with advanced source convergence techniques, e.g. diffusion synthetic acceleration (DSA). Thus, use of ad-hoc fixups is impossible for certain classes of problems, e.g. radiative transfer, which require the use of advanced source convergence techniques. Previously developed strictly non-negative solution representations have been shown to be less accurate than LD in certain problems, despite requiring more computational resources than LD. We have developed a new spatial discretization that yields the desirable properties of both ad-hoc fixups and strictly non-negative solution representations, while avoiding nearly all of the drawbacks inherent to either. Our consistent set-to-zero (CSZ) discretization is a nonlinear, strictly non-negative solution representation that fully preserves the zero’th and linear moments of the transport equation. Consisting of a linear function with all negativities set to zero, CSZ yields the LD solution whenever LD is everywhere positive within a cell, but transitions to a nonlinear scheme when the LD solution is negative. Results and derivations for 1-D and 2-D orthogonal Cartesian geometries will be presented, though extension to 3-D Cartesian and non-orthogonal grids is also readily achievable.