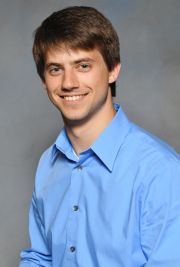 By exploiting a mapping between spatially incoherent light in a nonlinear photorefractive crystal and kinetic plasma physics, we create "photonic plasmas" - an all-optical Vlasov-Poisson system. We can observe classic plasma instabilities such as inverse Landau damping and the two stream instability, as well as other nonlinear phenomena, such as modulation instability. By tuning the nonlinearity, we explore the dynamics of the so-called bump-on-tail instability in weakly and strongly nonlinear regimes.