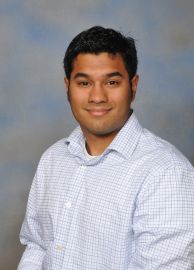 The governing equations for large-eddy simulation (LES) are derived from the application of a low-pass filter to the Navier-Stokes equations. It is often assumed that discrete operations performed on a particular grid act as an implicit filter causing results to be sensitive to the mesh resolution. Alternatively, explicit filtering separates the filtering operation from the underlying mesh distribution, thereby eliminating grid sensitivities. Previous studies have demonstrated the ability to obtain grid-independent LES solutions, allowing for the isolation of physical modeling errors from numerical errors. The explicitly filtered LES framework and newly developed subgrid scale models are implemented in the unstructured finite volume solver, Charles, developed at the Center for Turbulence Research. Differential filters are used to provide robust filtering on arbitrary grids and a quasi-compact spatial discretization is used to reduce numerical dispersion errors. An evaluation of the newly developed subgrid scale model for large-eddy simulation is made in a Re = 80000 channel flow. Additionally, LES of an Re = 50000 rectangular duct flow and initial simulations of a 3-D stalled diffuser are validated with the experiments of Kolade & Eaton (2010).