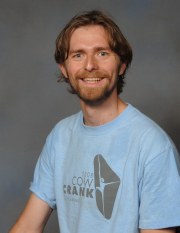 The recognition that ecosystems can undergo sudden shifts to alternate, less desirable stable states has led to the desire to identify early warning signs of these impending collapses. This search has been motivated by the mathematics of bifurcations, in which sudden shifts result not from direct perturbations to the state (e.g., the population abundance, through mechanisms such as over-harvesting) but from a slowly changing parameter that impacts the system stability. While these collapses cannot be anticipated by observing only the mean dynamics (as described by a deterministic model), signs of the impending collapse are expressed in the random perturbations, or noise, inherent in real systems. The mathematical theory of early warning signs exploits this fact by seeking to detect patterns such as “critical slowing down” of these perturbations due to the gradual loss of stability which leads to a bifurcation. While much attention has been given to emphasizing the existence both of sudden collapses and of signs of critical slowing down, little attention has been paid to its detection. Faced with only finite data, any method risks both false alarms and failed detection events. We believe that weighing these risks must be the burden of management policy, while research must first provide a reliable way to quantify the relative risks of each. We present a method which quantifies this risk and show how to decrease the uncertainty inherent in common summary-statistic approaches through the use of a likelihood-based modeling approach. We demonstrate that commonly used correlation tests applied to summary statistics such as autocorrelation and variance are both inappropriate and insufficient tests of early warning signals.