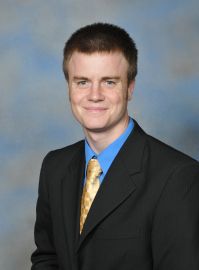 Neutron diffusion theory accurately describes the neutron transport process for optically thick, scattering-dominated systems in which the angular neutron flux is a weak function of angle. These conditions imply that standard fine-mesh diffusion theory cannot be used for the design and analysis of Very High Temperature Reactors (VHTRs) -- in which narrow but nearly-voided (optically thin) channels occurring in the reactor core can lead to boundary layer effects and angular fluxes that are strong functions of angle. Here we show that a new accurate diffusion equation can be derived for such problems. The derivation of this equation is fundamentally different from the derivation of the classic neutron diffusion approximation. It yields a new diffusion approximation which is the same as the standard equation away from optically thin regions, but which has different anisotropic diffusion coefficients near the optically thin regions. This anisotropic diffusion approximation significantly improves the accuracy of diffusion simulations without significantly increasing the computational cost. Our preliminary 2-D test results strongly suggest that a 3-D implementation of the method can be a useful practical tool for reactor physicists.