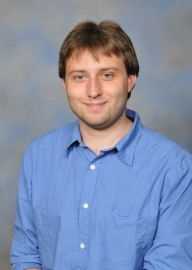 We present a parallel 3D coupled level set projection method in arbitrary logically rectangular geometries for studying two phase immiscible incompressible flow. Starting with a body-fitted coordinate system, our model includes viscosity and density jumps, surface tension, and is designed to study complex 3D interface evolution. Our approach uses a second order finite element variable density projection method to enforce the incompressibility constraint. A level set method is used to accurately track the evolution of the phase boundary. The level set function is periodically reinitialized as a signed distance function via a fast marching method combined with a tricubic interpolation scheme to help conserve mass. This is all done on a multi-stage mesh to prevent issues with poorly shaped grid elements due to domain stretching. The associated Poisson equation for the projection is solved via a parallel multigrid method with a special refinement scheme designed to preserve the coefficient jumps. In order to maintain causality, which requires non-obtuse angles, we extend the fast marching method to generalized triangulations, i.e. allowing crossings and directed edges. The fast marching method is parallelized by computing a signed distance function using local data which is then globally corrected through an iterative method. We introduce a new version of the tricubic interpolation scheme which improves convergence by solving a level curve equation along with an orthogonality condition concurrently using an iterative nonlinear least squares solver. Our testbed application is a problem in the numerical simulation of ribbing instabilities in coating rollers. In these phenomena, the uniformity of the coating layer is disturbed due to spontaneous surface wave formation at the phase boundary. Our simulation shows a good deal of agreement with physical observations and allows us to examine small scale properties of the surface ribbing which are not possible to observe experimentally.