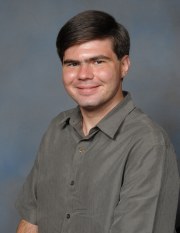 Although quantum mechanics is the underlying law of the universe, it is rare for it to be relevant on scales above the size of an atom because at that point the world tends to be well-modeled by familiar classical newtonian mechanics. Under certain conditions, however, quantum mechanics can manifest itself on a much larger scale, results in interesting and useful phenomena such as superconductivity. The goal of this project described in this poster was to explore the conditions under which one could form a “cat state” in a system of abstract bosonic particles (such as Helium 4 atoms) in a harmonic trap. A “cat state” is a state in which a large number of particles are in a superposition of two (collective) configurations; its name comes from the quintessential of Schrodinger’s cat, which is a cat that has been engineered by an evil quantum experimenter to be in a state where the whole cat is both dead and alive. In the case of our project, we were interested in the conditions under which our system of particles would naturally be in a superposition in two states: one where all the particles are still, and one where all of the particles are rotating. We induce rotation in the system by rotating our trap, which is modeled by an additional effective term in the time-independent Hamiltonian. We performed simulations of this system using path-integral Monte Carlo techniques, and explored the behaviour of the system under different rotation speeds and with different interaction strengths between the particles; rotational states in the system were modeled using a fixed-phase ansatz based on the rotational excited states of the harmonic oscillator. We present numerical results in this poster showing that in order to engineer cat states the particle interactions exceed a certain threshold.