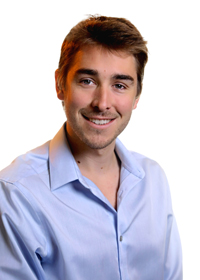 I use sophisticated tabletop laser systems to probe the structure and temporal dynamics of a variety of materials. In particular, I am interested in magnetic materials and an exotic state of matter known as warm dense matter. I am also interested in the fundamental light science which enables us to see very small nanoscale structures and witness very fast events that occur over femtoseconds. For instance, my research group utilizes a non-linear optical process known as high-harmonic generation to convert visible pulses of light to ultrafast bursts of coherent short wavelength radiation. This novel light source is a window into a host of incompletely understood systems.